When gum recession is a problem, gum reconstruction using grafting techniques is an option.

When there is only minor recession, some healthy gingiva often remains and protects the tooth, so that no treatment other than modifying home care practices is necessary. However, when recession reaches the mucosa, the first line of defense against bacterial penetration is lost.

The Socket Shield Technique is essential in preserving tissues, and has been used with immediate implant placement.

Without Socket Shielding after tooth extraction, the alveolar bone undergoes a remodeling process, which leads to horizontal and vertical bone loss. Socket Shielding has been described to retain the original dimension of the bone after extraction. It has also been suggested that resorption of the bundle bone can be avoided by leaving a root segment (Socket Shielding Technique) in place, because the biological integrity of the periodontium ( bundle bone) remains untouched.

Therefore, the theory is that by leaving a root fragment in place, you will predictably maintain this  bone. 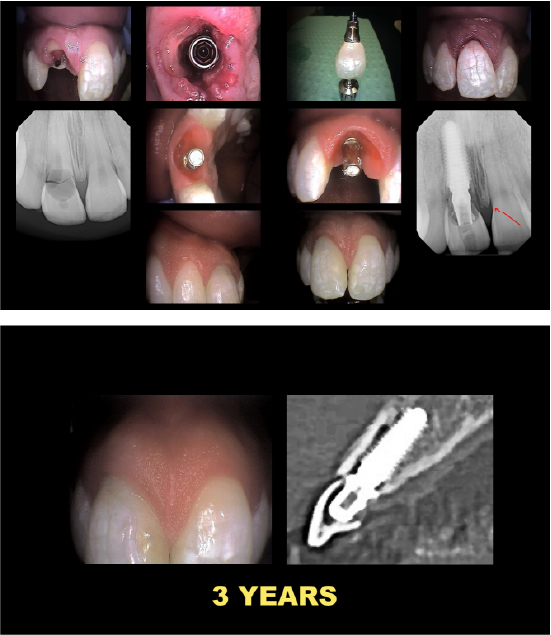 ARE YOU LOOKING FOR SAME DAY IMPLANTS?

We will provide solutions leading to your better health.
Contact Us